This section provides a snapshot of people who have relocated to Jacksons Landing, where they came from, and why they moved.

We welcome contributions from any residents willing to share their story and a photo.

No contact details will be included. When you send your story and photo, please include a statement that Jacksons Landing Community Association has no liability for any contact that may be made from outside this website. 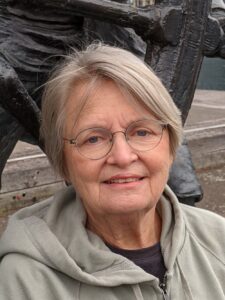 Lena Bruselid travelled to Jacksons Landing by the scenic route, overland from Stockholm to Hong Kong, then (following her compatriot Daniel Solander) working her passage by sea to Sydney. She has been a freelance journalist, academic and an EEO and OHS adviser at Sydney Maritime Services. She met Winton Higgins, moved in with him and raised a bilingual family in Chatswood before they felt ready for life in Jacksons Landing. This busy social scene involves new friends, and – like Daniel Solander – studying and cultivating plants, and protecting the landscape.

John Curotta’s grandparents hailed from Odessa and Tipperary. They lived and laboured in Pyrmont, Glebe and the City, as working class immigrants making their way in a new world.

The family connection continued through the 20th century: one grandfather died – of TB – in RPA Hospital.  That is where John trained in medicine, before he continued his ENT education at St Vincent’s and at the Royal Ear Hospital in London. He became Director of ENT Surgery at Westmead and has continued his medical career since he and his wife moved to Jacksons Landing in 2009. 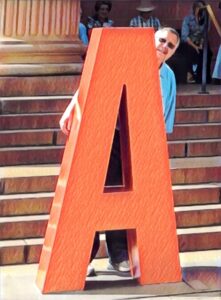 Allan Davis was born into a business dynasty. He became a Grace Brothers executive trainee and studied business management. He joined the Navy Reserve (to avoid Vietnam) and a gap year in Europe ignited his passion for travel.

Allan’s career took him to South Africa for three years, then back to Sydney and the management of shopping centres, including the biggest centre in the country.

Before the Sydney Olympics, where he was a volunteer, he bought and moved into Jacksons Landing, then began another career – Strata Management, in the new Jones Bay Wharf complex, then to manage the first western partnered development in Shanghai.

In 2013 Allan moved back into his Jacksons Landing apartment to enjoy (between overseas travels: he has now visited 83 countries) a great life with many friends in a great community. 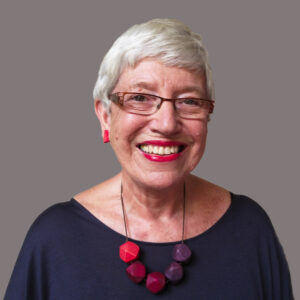 Elizabeth Elenius and her partner Mark Sceats came to Pyrmont in 2000 and plunged into the issues the community confronted.  When Lord Mayor Lucy Turnbull vetoed a Pyrmont Precinct Committee, Elizabeth and her colleagues created Pyrmont Action, a powerful voice for residents dealing with developers, traffic managers, local and state bureaucracies. It is largely due to Elizabeth that PA has outlasted other movements and continues to grapple with the increasingly complex problems posed by top-down “urban renewal”.

Elizabeth’s career is described in the Pyrmont History website. 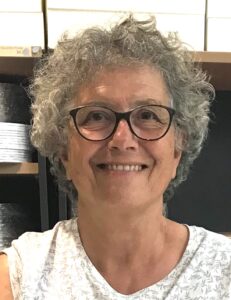 After 35 years living in the bushland isolation of Killara, Manuela and Ivor moved to Pyrmont. The contrast was enormous – not only geographically but socially. But the change was wonderful and both Ivor and Manuela have relished  the strong bond of community that Pyrmont offers. 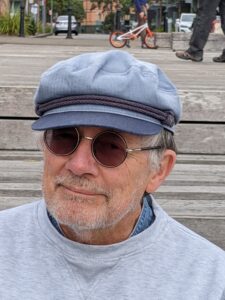 People arrive in Jacksons Landing from all points of the globe.  Winton Higgins’s Road runs from Tennant Creek via Stockholm and Chatswood, and Lena arrived from Stockholm via Griffith Uni. They retain an ambience of 1970s collegiality which they share with all who love books, debates and vegetables. 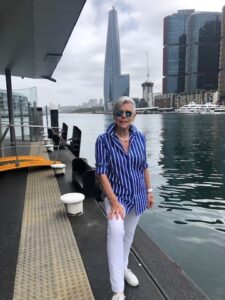 Ann Jackman was born in Caerleon, South Wales and migrated to New Zealand with her parents as a child. Ann was raised and educated in Wellington, New Zealand before ‘Crossing the ditch’ to Sydney in the mid 70’s for better opportunity. Ann’s career in recruitment ranged from large 20 branch network (she grew her branch to the number one spot in Australia), to contract work in the USA, to a small team of 5 back in Sydney, and her own company.

Ann has been extremely surprised by the vibrant community life in Jacksons Landing and how everyone is so friendly. She has been Strata Chair for Distillery Hill for 3 years and enjoys giving back the benefit of her professional experience. After living in Jacksons Landing for 16 years, it is hard to think that life anywhere else would give the advantages that Jacksons Landing offers its community. 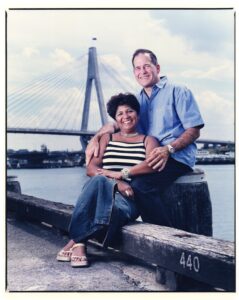 Regina and Colin Knowles moved from Canberra to Sydney in 2002 for work. Regina is a youth worker and Colin a Chartered Telecommunications Engineer.  They discovered Jacksons Landing when many buildings on the estate were still under construction.  As long-term residents of Canberra, coming from stand-alone housing in an established community, apartment living was a new experience.  It required positive action to establish new social networks outside work.  Regina addressed this wider need for community and set up several activities to engage residents socially.

From 1985 Colin was active in national and various international groups developing the international digital radio and television broadcasting standards we now enjoy.  He came to Sydney to lead the establishment of Australia-wide digital radio. He established a consultancy company to assist developing countries in the Asia Pacific Region to benefit from digital radio and television services.  In this role he travelled extensively throughout the region spending extended periods in many of these countries.

Regina and Colin have grandchildren in Canada: until COVID intervened, they enjoyed extended travel to USA, Canada, and elsewhere.

Carol Limmer enjoyed an exceptional career in banking and retired as a Senior Executive of the Commonwealth Bank after working creatively in all its specialist divisions.  She was also seconded to the Decimal Currency Board for the creation of Australia’s decimal currency.  She has always made time for sports and began a lifetime of service in many voluntary organisations.  She and her equally sociable and hyperactive husband Paul also managed a hobby farm for a dozen years, to escape from the city. After living in many other Sydney suburbs, they moved to Jacksons Landing in 2012, diving into more community groups.  Not only have they made many new friends: it is not surprising that many old friends have followed them to Pyrmont. 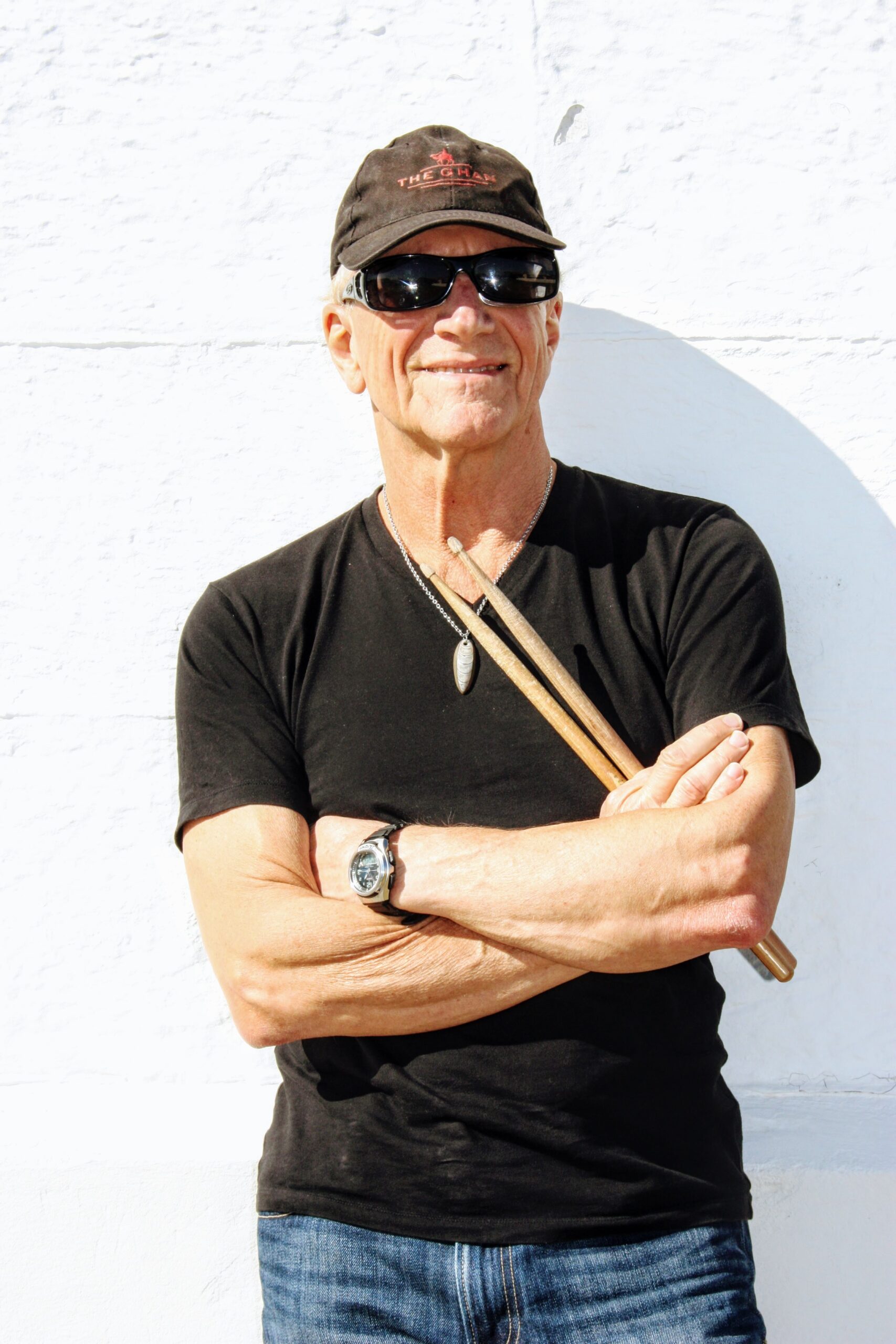 It was David’s father who suggested that he become an accountant. This has suited him perfectly and been an excellent fit, creating a rewarding career that has taken him from Fulham in London to Jacksons Landing and allowing him to enjoy competitive sports. He was a swimming champion at school, met his wife Sue at squash, he exercises in a gym and now sails as often as the winds allow.  Business travel has taken him to wonderful parts of the world, but mercifully he and Sue “retired” to Jacksons Landing. It is a mystery how he finds to play in Jam Pact (now David’s Band) and work in the many community groups who need the professional – and free – advice of a Chartered Accountant. 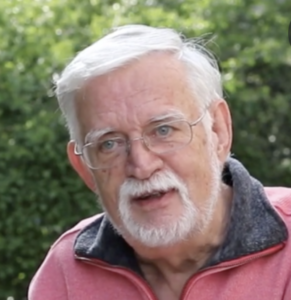 In Mark Sceats’s first brilliant career he pioneered the development of optical fibre technology and directed the Australian Photonics Cooperative Research Centre.  After a brief retirement, he plunged into the manufacture of materials, and new ways of separating and extracting Carbon Dioxide from (for example) cement.  These technological advances form the basis of flourishing industries in Australia and Europe.

As this second stellar career took off, in 2000 Mark and his partner Elizabeth Elenius bought a two-bedroom apartment in the brand new Jacksons Landing, and in 2008 moved to a larger and higher apartment.  From this central location Elizabeth and Mark play leading roles in Jacksons Landing and throughout Pyrmont, while Mark pursues his research and the development of the companies he created.